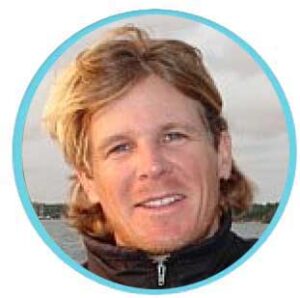 Geordie Wardman is the Founder of Onestop.io and the host of this podcast. He has founded 5 companies and sold three of them, and has been working in software development since 2000.

Geordie has personally mentored over 40 SaaS and e-commerce founders because of his love for helping people. Geordie has worked in over 15 different countries.

Many people tend to feel more comfortable working with local developers and being able to drive down the street & meet them face-to-face. However, this does not always work out well & it is not a guarantee that local developers will deliver the right product or service as needed.

This was the case with Nate, one of Geordie’s clients who had been frustrated by a local development team he had hired to work on his app. After engaging the services provided by Geordie, this client was finally able to develop the product, he wanted.

Geordie Wardman has the tables turned on him this week as Dr. Jeremy Weisz interviews him on this week’s episode of The Big Break Software Podcast. Geordie tells us more about the type of App the client wanted, how the client was frustrated by the local team, and how Geordie’s team helped create the product the client wanted.

This episode is brought to you by OneStop DevShop. They have 45 developers waiting to take your idea to fruition. If you want a reliable full-stack development team with top talent that costs half as much as in house developers, and you don’t want to worry about managing freelance developers, get in touch with the OneStop DevShop team. Their clients consider them an outsource CTO because they’ve ended up saving them thousands of dollars and saving their businesses from ending up in the software graveyard. They are the go-to company for creating SaaS applications in real estate, blockchain, eCommerce apps, and many more.  Schedule a call with one of their expert software entrepreneurs, people that have built their own successful software companies, that speak native English, and work 12 hours per day for easy scheduling. Whether you’ve never built software yourself before, or you are a Fortune 500 company, they will get a quick overview of what your project is about.