How to find and hire ethereum developer

You’re in the market to hire an “ethereum developer“, or perhaps ethereum development team. It’s a daunting task, these skills are hot now and perhaps you have a great initial coin offering (ICO) idea that you want to capitalise on. Well, let’s go down some things that should help you narrow your list when trying to find a great ethereum developer.

First, we’re going to need to get a bit technical, but we promise we won’t go too deep because this how to guide is written for the visionary that wants to develop their own Internet 3.0 blockchain application.

Ethereum, or etherium as it is sometimes commonly misspelled, as defined by its own website.

Ethereum is a decentralised platform that runs smart contracts: application that run exactly as programmed without any possibility of downtime, censorship, fraud or third party interference. These apps run on a custom built blockchain, an enormously powerful shared global infrastructure that can move value around and represent the ownership of property.

What Dr. Gavin Wood, co-founder of Ethereum (ETH) is stating is if blockchain breaks through and starts to live up to its expectations, ETH will be at the center of the new Internet’s applications. That makes it potentially more valuable than even the granddaddy of cryptos itself, bitcoin. 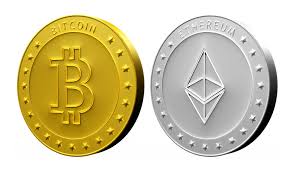 At the time of this writing, there is a lot of criticism about how Proof-of-work currencies, like Bitcoin and Ethereum, due to the amount of energy they use. For example, the industry on whole is using as much as the country of New Zealand or 2.9M American homes.  A year ago it was only 1M US homes, now it’s 3 times that. You can guess as adaption increase that rate will increase with it. The reason that Proof-of-work is so energy consumptive is because the mining is CPU intensive, heating the machines and subsequently the data servers rooms to the point of near failure unless they’re installed with cooling systems. While the idea to have miners compete for rewards was break through at the time of its introduction, the process has become so labour intensive that it’s time of usefulness is heading towards the exit. 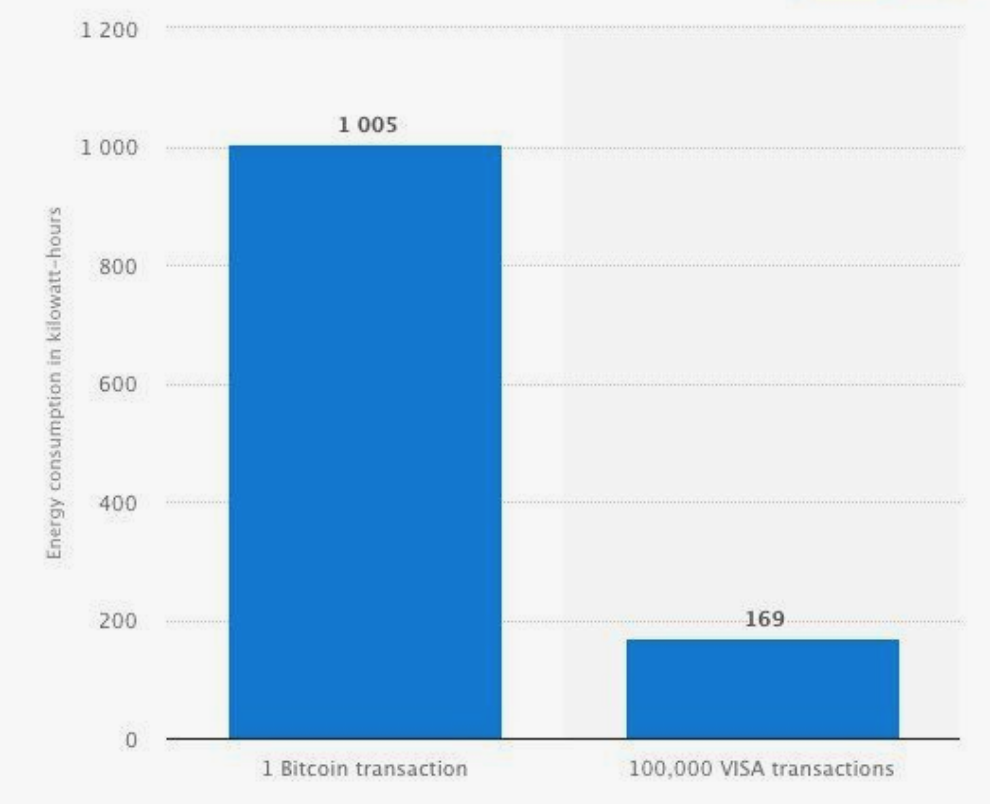 Enter proof-of-stake, a much less energy consumptive process which virtually handles the “mining” process. Instead of using mining to solve the complex cryptographic puzzles, proof-of-stake uses a system of validators. The validators require each user, or node to hold a certain amount of the coins which are locked up and staked in order to gain rewards. So while blocks are being verified on to the blockchain, the validators or nodes have a specified chance of earning rewards. Ethereum is moving towards proof-of-stake due to its many advantages with the upcoming Casper protocol.

What are some of the advantages asides from energy consumption? Well, considering energy costs eat at least 50% of the profits, you make the process completely virtual and cut out the costs. Believe me, energy consumption is going to become a big deal in the future as crypto adoption goes mainstream. Since the process of proof-of-stake is virtual, there are no longer mining advantages in having more powerful machines, graphic cards or expensive ASIC mining rigs. The blockchain will be safer from 51% attacks (currently a concern with Proof-of-work mining), and from malicious validators because any master node that tried to cheat the system would lose the entire amount that they had staked. That’d be like risking $15,000 to cheat and make $150. No one would be crazy enough to make that bet, right?

Most importantly staking will allow ethereum to scale and handle infinitely more transactions than it can handle now.

How To Hire An Ethereum Developer 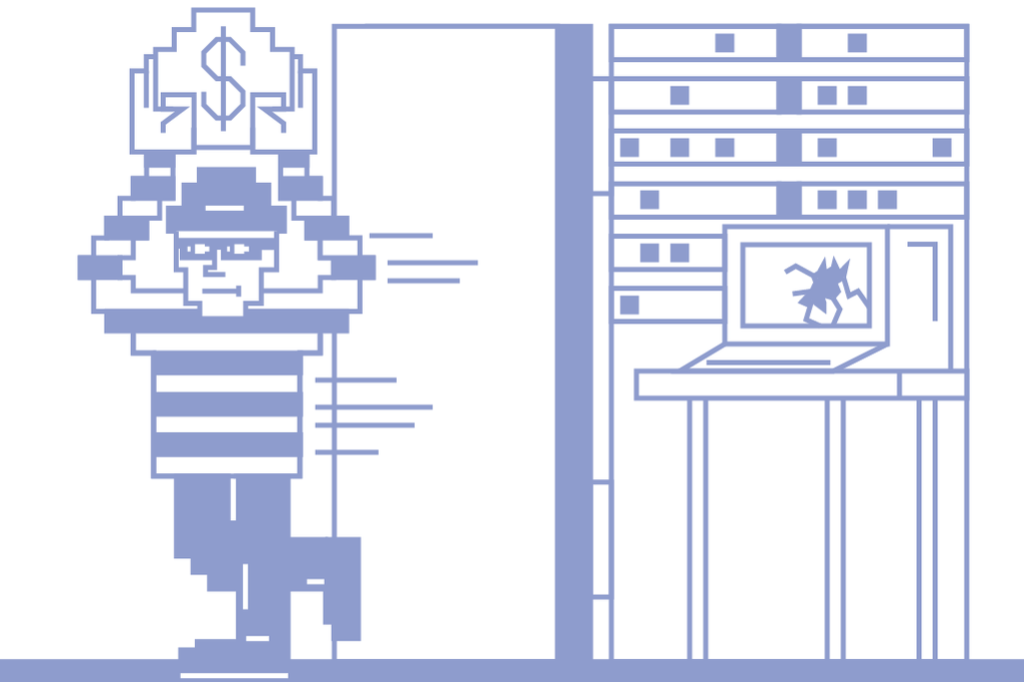 Ethereum smart contracts are written in a language called solidity, which uses the if-this-then-that logic. While not being as robust as today’s other programming languages like Java, Ruby or Python, it can handle a set of instructions which trigger the next step in the contract until that contract becomes fully executes and is terminated.

The power of this concept takes direct aim at any industry that relies on humans to intermediate to help execute a contract. Think title companies, lawyers, shipping brokers, freight forwarders, the list goes on. Imagine the potential size of the middle men industries that touch on a container of mixed goods going from China to the US, and how many different hands are involved in the process. Goods leave the Chinese warehouse in DHL van, arrive at docks to be loaded on container, to be shipped to US ports, arrive and need to be checked by US customs, to be loaded onto FedEx and to be received at Amazon’s warehouse (for example), and to be checked in by their inventory systems.

All of these different touch points cost money, likely doubling the price of the good on its way.

Ethereum smart contracts eliminate the need for some to all of these in an immutable open ledger, for all to see, and that none can tamper with or change. Think of the business potential savings in a system like this, and the profits to the development company that can provide the winning solution to solve these problems. The reason this can work is because each validator or staking node will confirm a step in the supply chain, and once confirmed, no other changes can be made to that contract for the life of that contract. No more faxes, no more emails, no more scans of signatures, no more lost paperwork, no more broker’s fees, no more mess.

The old way of doing this, by paper trail and having customs sift through faxes, scanned bill of ladings, proof of ownership takes days to go through. If not weeks. I know, I’ve been through this process personally. The new way using the blockchain takes 20 SECONDS. How much cost savings do you think there would be in an application that addressed these massive inefficiencies? A lot. 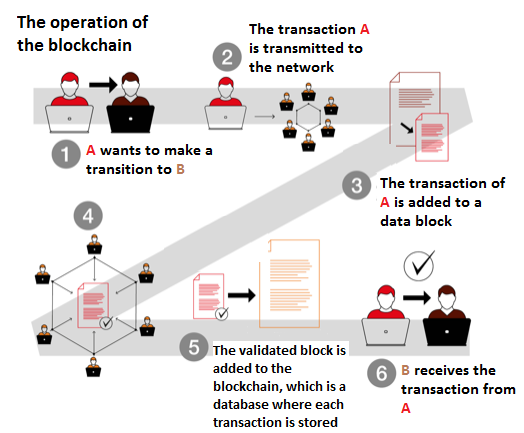 No wonder you are looking hire a smart contract developer.

So now that we understand some of the concepts of ethereum, and the power of smart contract development let’s go through some of the qualities of what makes a great developer.

When I’m looking to hire developers for my own projects, whether they are in smart contracts or not, these are the more subtle qualities I like to keep in mind. The differences between good programmers and great programmers is not only one level up, but it can be exponential. Full stack developers are nearly always better than developers that just focus on a single programming technique. They have a broad set of skills, some design, CSS, photoshop, marketing principles, user interface design, and the principles we mentioned above. This shows that there is a constant desire to learn, improve and make the quality of their own product better. Their product is their overall programming prowess.

Where might you find developers like this? Reddit and Github are two good places to start. Developers tend to be a lot more active in discussions where they are talking to their peers, and less likely blabbing on Facebook, or Linkedin. An “expert” on Linkedin is likely more of an expert in positioning them-self as one, rather than actually being one. Most great blockchain developers will also likely not respond to your job ad. If they’re good, they are already employed on a project that they love or they are working on their own projects. But that doesn’t mean that you can’t attract their attention if you find the right fit.

Speaking from personal experience, most development teams and ethereum developers are wary of the common ICO approach; write white paper, build team with fancy advisors, float ICO to get funded and then develop. This model has been played out, they’ll want to see your solution already working in the wild. Do you have a software as a service (SaaS) solution that is already making money and wants to make a blockchain play? Are you solving a real world problem that has the potential to massively disrupt an industry? (Think about our antiquated shipping example above, you want a fax? Do they even sell faxes anymore?)

Some other example platform is Gitter where great blockchain developers could be found. While the training on blockchain programming is still in its infancy, the crew at BlockGeeks.com are doing an excellent job of putting together some of the most comprehensive training for this exact purpose. I personally know Amir and Dmitry and their team, they are top notch and have been in the space about as long as anyone. If you’re interested in learning about how to improve your programming, I would recommend checking out their training guides. 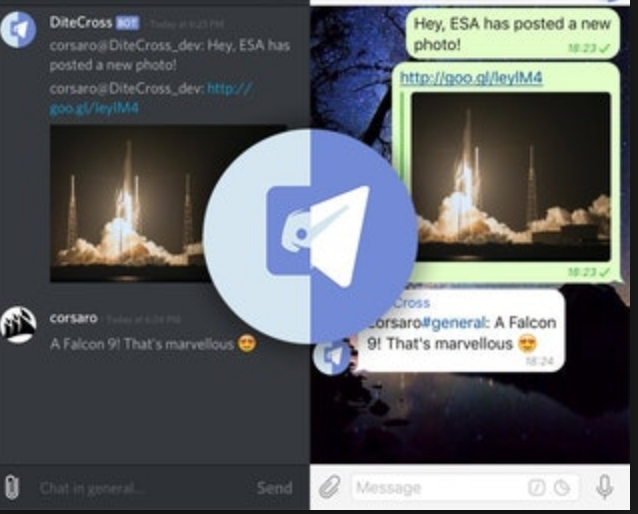 Another great way to meet these devs is inside their world. Check out meetups.com and sign up for some meet ups in your local area.

Many of the proof-of-stake coins that are working now ( list of master node coins) have discord channels where they speak to their customers. These discord channels have developers, investors, and master node holders. You can find great connections inside these channels. Telegram groups are also forming on specific crypto currencies and niche groups that handle blockchain programming is another form of communication. I usually look for small groups, less than 1,000, so you can build more meaningul connections without all the noise. If you’re looking specifically for an ethereum developer with a certain type of background, you’re more likely to find better references inside one of these channels than the more traditional google or linkedin groups.

If all of this sounds time consuming, you’re right it is. But again the difference between a good developer and a great developer can be the difference between your ICO, service or application floating around in mediocrity and having breakout success. We’re talking one good developer can do the work of 5 mediocre developers. Yes, these developers are likely going to be expensive, and they’re not likely to be in your immediate locality. These are skills that are in high demand, and having developers that can carry the good-to-great autodidact curiosities we mentioned above are even further limiting.

The other good news is that by finding this how to guide, you’re already on your way to getting new ideas on finding your great developer. This is also a core part of our service offering. We find you the perfect development team for your software project, and we have ethereum and blockchain developers in our networks.

If you’re interested in how we can help you, click on the Book A Call Now button below.

You’ll get on the phone with a software entrepreneur with years of experience. We have been on the advisory board of 2 ICO’s, and have invested in countless other ICO’s that have all gone on to be great successes in their own rights. This is a space that is close to our hearts, and we nearly considered developing a SaaS for tracking crypto currency portfolios over a range of investing and trading vehicles and storing locations.

So go ahead and call us, it won’t be a waste of your time.

Book A Call Now With A Software Entrepreneur

** When you click on this button, you’ll be taken to our call scheduling page where you can book an appointment to speak with one of our software entrepreneurs. By speaking with us, you won’t be under any contract or commitments. There is zero risk in speaking with us, and we won’t charge you if we find the right development team for you as we charge our partners to source their projects. If you’re looking for great developers, why not book a call. Let’s get started today.